The Aquino Administration shall be inheriting from the Arroyo Administration complex and numerous labor problems. These include, among others, the following –
Labor market: over three million unemployed, six million underemployed (but over 14 million estimated to be working at less than 40 hours a week), large informal economy (estimates range from 45 to 77 per cent of the labor force), one million plus annual labor entrants, eroding capacity of domestic industry and agriculture to generate jobs, expanding service sector but with limited capacity to create well-paid jobs (except in a narrow call center/BPO sub-sector);

Migration: diaspora of close to ten million Filipinos (immigrants, temporaries and undocumented) dividing families and the nation, high dependence of the economy on remittances (now roughly $1.5 billion a month), high rate of deployment taxing the processing capacity of POEA to the limits (over a million a year), endless sad OFW stories on abuses and contract violations in various climes;

Industrial relations system: dramatic decline in the number of strikes paralleled by a dramatic decline in the number of unions and collective bargaining agreements, rampant outsourcing of jobs to avoid labor and social security obligations, polarized positions of labor and industry on outsourcing and labor reforms, perennial delays in case disposition in the NLRC, quality of decisions generally weak; and

Skills/education of the work force: declining competitiveness of the country due to eroded or eroding educational and skills readiness of the work force, fund misuse in TESDA documented by COA, industry not investing enough on skills development (and relying instead on replaceable short-term labor for competitiveness), and weaknesses in national skills anticipation and job-skills matching.

On top of the foregoing, the country is facing labor-related concerns such as high urban-rural migration due to job weaknesses in the agricultural sector compounded by risks and disasters associated with climate change (resulting in the rise of “climate change refugees”).

Most of the above problems can not be solved overnight.

However, the Aquino Administration should be able to show that
it has a full understanding of these manifold labor problems,

it has the strategic development perspective on how these problems should be tackled, and

it has the fortitude and willingness to buckle down to work, on day one, as it tries to address these problems under a Team Aquino.

An energized labor administration machinery is central in the fulfillment of the above tasks. The incoming Administration should be able to drill in the mind of every DOLE man and woman that each has a historic task to perform in support of the Aquino Administration’s platform of employment, industrial relations and social reforms. In broad strokes, this platform should include the following:
Labor market: While job creation is the task of the entire government (with DTI, DA and other agencies seen as job creation leaders), DOLE has the task of helping in the labor market facilitation business. This means assisting LGUs in upgrading the PESOs, propagating and documenting good PESO practices in job-skills matching and skills enhancement, etc., and improving its own Phil-JobNet. It should do a job-skills map of the country, complete with the identification of measures on how to help out-of-school youth, unemployed educated, handicapped and other disadvantaged workers become productive and active members of the labor market. It should also get involved in strategizing offensive (job-creating) and defensive (job-preserving) measures under globalization, including adjustment measures under varied bilateral, regional and multilateral agreements, for the specific purpose of preserving and creating more and better jobs. With the technical assistance of the ILO and in cooperation with other agencies such as DWSD and DOH, DOLE should find ways to promote or create jobs for the long-term unemployed and develop a program of “social protection for all”.

Migration: Aside from strengthening the existing machinery on OFW deployment (POEA) and protection (OWWA, bilateral agreements, anti-illegal-recruitment campaign, overseas RP missions, etc.), DOLE should push for an honest-to-goodness review and updating of the 1995 Migrant Workers Law (not just a program of insuring the insurers!). One key issue is OFW policy clarification. Instead of the old policy declaration that migration is a short-term stop-gap employment program (from Marcos to Estrada) or the more nuanced policy declaration under GMA that “migration is a choice”, the Aquino Administration should state forthrightly that migration is a central reality in the Philippine economy and society today and that the State policy on migration is guided by three intertwining guiding principles – extension of maximum protection to life and dignity to every Filipino migrant and family, assistance to Filipino migrants in their individual and collective search for life fulfillment and empowerment such as organizing for their own protection and advancement and investing on the well being of family and community in the home land, and enlisting the participation of the global community of Filipino migrants in building a balanced, equitable and prosperous Philippine economy in order to make working and living in the home country a first choice for every Filipino.

Industrial relations system: DOLE, under Article V (rule-making) of the Labor Code, should move more vigorously for the empowerment of workers by recognizing and strengthening organizations of all types and categories of workers for various collective purposes (e.g., collective bargaining, common guild/skills interests, etc.) in order to implement the Constitutional mandate that all workers, in the formal and informal sectors, should enjoy the right to self-organization. It should also help end the long-running debate on outsourcing (liberalization per demand by some business groups and criminalization as espoused by many trade union groups). How? By insisting that outsourcing, while legitimate when undertaken for legitimate business exigencies, should not be abetted when done to avoid the labor and social security obligations of business, which is a narrow and short-sighted way of building up competitiveness. The system of dispute settlement should also be reformed not only to fast-track case settlement but also to improve the quality of decisions. On the other hand, DOLE should re-launch the campaign for proactive labor relations programs at the plant/company level and should ask non-unionized firms to set up grievance machinery and employee consultation mechanisms. The bipartite, tripartite and even multipartite systems of dialogue and consultation at various levels (national, regional, industry, etc.) should also be maintained and strengthened and should cover broader social development concerns such as social partnership in support of job preservation and job creation. For the reality is that a lot has to be done to promote better adjustment measures necessary to insure the preservation and creation of industries and decent jobs, e.g., adoption of winning adjustment programs, more employee-employer dialogues on appropriate adjustment measures.

On legislated labor reforms, this should be pursued but more in the context of the need for positive labor or industrial relations transformation, that is, how to make such transformation a source of competitiveness and a guarantee for the increased welfare of workers and other sectors. There should also be reforms to strengthen institutions of workers’ representation, collective bargaining, conciliation, mediation, labor-management cooperation and voluntary modes of dispute settlement. The point is that the Philippines can become more competitive as a nation if it strengthens, not downgrades, institutions of industrial democracy.

Skills/education of the work force: The declining competitiveness of the country due to eroding educational and skills readiness of the work force should be arrested through reforms in TESDA by making its operations transparent and its programs not only industry-focused but also community-oriented and anticipatory of changes in the labor market. There should be a greater enhancement of the trifocal or convergence administration of the educational/skills system involving CHED, DepEd and TESDA.

Internal migration/climate change: DOLE should support inter-agency efforts in addressing poverty and development issues arising from the rapid urbanization of the country, continuous rural-to-urban migration, expansion of urban and rural poor communities with limited facilities and increasing risks and disasters arising from climate change and environmental degradation. All these have labor and employment dimensions. One area where DOLE can play a major role is in the promotion of greener businesses and greener jobs in the context of a green development program meant to combat threats of climate change. A greening or renewal of communities nationwide to make them resilient to climate change means creation of millions of jobs through labor-intensive community-based infrastructure projects such as flood controls, river/estero dredging, housing upgrades, pathways construction, building of community centers, etc.

Conclusion. To reiterate, the Aquino Administration is inheriting a host of daunting labor and employment problems. However, formidable as they may seem, they can and should be overcome – not overnight – but through a clearer vision of development, an energized bureaucracy and a firm leadership under Team Aquino. 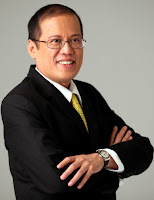 MANILA, Philippines - Keen on creating jobs here at home, President Benigno Aquino III underscored in his inaugural address the need to provide an environment conducive to business in the country, so Filipinos need not look for jobs abroad.
Speaking on ANC's "The Rundown" on Friday, Labor Secretary Rosalinda Baldoz said President Aquino has issued a 22-point platform and policy on labor and employment for the department.

The measures include addressing the labor-mismatch, investing in skills training, promoting the rights of workers and involving them in the policy-making process, strengthening tripartite cooperation, and streamlining procedures and removing red tape.

The Aquino government also seeks to align the country's labor policies with international treaties and international labor organization conventions, review the continued deployment of overseas Filipino workers (OFWs), facilitate their re-integration, address the social cost of migration, and improve coordination with aligned agencies to ensure the well-being of workers in the Philippines and in other shores.

"The government, thru the Department of Labor and Employment (DOLE) has the responsibility to see to it that the rights of Filipino workers we deploy to other countries are protected," Baldoz said. "There's a new law on that. The Department of Foreign Affairs will examine if there's a national law protecting workers in the destination country, if we have a bilateral agreement with them, if they are signatory to the International Convention on the Protection of Migrant Workers."

Citing her interview with the President days before his inauguration, Baldoz said Aquino had expressed his desire to provide an ideal environment for business in order to make more and quality jobs available to Filipinos so they can make genuine choices, and that they will choose to stay in the country.

President Aquino has also tasked the DOLE to review and evaluate a department ruling, allowing the Philippine Airlines management to outsource its critical operations, resulting in the possible mass layoff of some 3,000 employees. Aquino wants the labor dispute resolved to see how the outcome may serve as a litmus test of his administration's handling of labor management issues.

Citing the low number of strikes due to the country's very effective conciliatory machinery, Baldoz said industrial peace comes from mutual cooperation of labor and management, where the parties are not adversarial and engage in a voluntary settlement of dispute.

On the matter of wages, Baldoz said it may also be necessary to reassess the minimum wage in Metro Manila, as it is no longer competitive with the country's Asian neighbors.

"We should release a minimum wage. We have a problem with the wage and if it’s affordable to industry. We talk of minimum wage, and yet there are exemptions. Where is the so-called minimum wage there? And for those who pay, there is a 50 percent compliance."

The Trade Union Congress of the Philippines has asked the National Wages and Productivity Commission to reconsider the P22 daily minimum wage hike ordered by its Metro Manila board and consider instead a P75 increase in the minimum wage.

Amid the challenges facing the labor sector today, the labor department trains its sights on maximizing the country's human resource and making it competitive with the rest of the world.

Baldoz, who has been involved in the labor department for 35 years, has handled labor relations, overseas employment, and was at the helm of the Philippine Overseas Employment Administration for nearly 8 years before returning to labor relations.