Domestic and foreign market sales
September 23, 2011, 1:08am
MANILA, Philippines — Jollibee Foods Corp. (JFC) expects a 50-50 ratio in revenues from its foreign and domestic multi-brand food chain business in the next three years.
Tony Tan Caktiong, Chairman and CEO of JFC, told reporters at the sidelines of the Franchise Asia 2011 where he was a speaker that while its international multi-brand food businesses is growing faster than its local business, the ratio is expected to be equally 50-50 ratio in three years time.
In terms of revenues, the foreign business now contributes 20 percent of its total business but is growing faster.
Tan Caktiong said that its China business is growing faster despite difficulties around the world like soaring food prices.
The company has acquired three food restaurants brands in China including a congee and noodle outlet. These franchises are growing fast as franchise concepts in China.
The company is also planning to bring these brands outside of China through franchise concepts.
It has also acquired a Vietnamese restaurant Viet Thai International, which is also being eyed for international franchising.
Locally, Jollibee has a total of 795 stores under franchise arrangements and accounting for 52 percent of its total Jollibee stores in the country.
40 percent of Greenwich stores are also under franchise while 65 percent of Chowking stores are under franchise.
Mang Inasal is now 65 percent under franchising arrangements.
He admitted that they learned from their mistakes and improved on them noting that some of their acquisitions have not turned out to be good ventures. He cited the closure of Mang Pepe. The group has also sold Delifrance.
“We made some mistakes, but we aim to become one of the top Asian company in the world,” he said.
He said their growth would be anchored on a multi-brand strategy that does not limit to local brands, but also partnering with other foreign companies. (BCM)
Posted by Pinoy Biztalk at 9/26/2011 11:30:00 AM No comments: 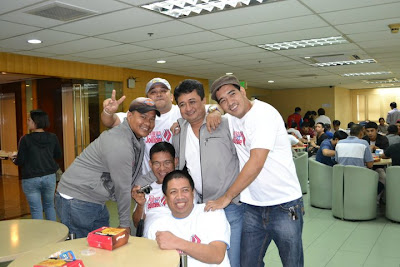